TIME STAMP OF MY DIGITAL "FOOTPRINT" ON THE WEB

ORIGINAL BLOG - Successive seasons bring welcome change. June 9th, 2004 I was inspired and encouraged by my friend, young priest Fr. Thomas (Tom) Dowd to go ahead and launch my very own blog - "In the Breaking of the Bread". It was neither in my temperament nor in my pastoral plans to make daily or even more frequent posts, but when interesting or pressing issues might arise as a tool for speaking to them on behalf of any who may wish to read me.

HOMILIES - I first recorded some of my homilies on audio cassettes in 1991-1992 while pastoring the faith community of Saint Aloysius Parish in Montreal. Then May 22-23, 2004 I recorded on equipment in the sound system two homilies on Ascension Saturday and Sunday at Saint Thomas à Becket Parish. Then upon my return from the 4-month Hesburgh mini-sabbatical at CTU in Chicago, I recorded with a digital voice recorder my homilies on a more regular basis; beginning January 16th, 2005. 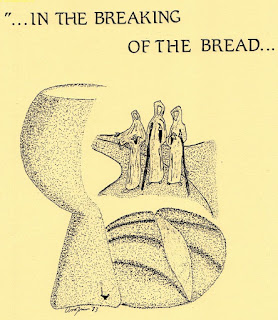 ORIGINAL WEBSITE - In the ebbing days of December, 2006 I consulted with Marcus Arts of Saint Thomas à Becket Parish and began developing a new website in order to publish my homilies as well as other files and documents. I published my first homilies on January 7th, 2007 and began posting and publishing other files and documents January 22nd, 2007.

CLASS OF 1966 - SAINT PIUS X HIGH SCHOOL - MONTREAL - A handful of classmates from Saint Pius X High School kept in touch with each other in separate "pockets" over the years since we graduated in 1966. To our knowledge there had never been a reunion of our class. This echoed the prophetic words of Brother John Batterton, home room teacher for some of us in 4th high, when he would say regarding the future and his experience of graduates after they've gone: "Gentlemen! Once you graduate from this school, you will never return. Such has been my experience. You will never come back, not even to say 'Thank you.'" I believe some of us did go back. I returned once around 1972 when I was looking for work and to my dismay the brothers were all gone. Then, in 2002 I met Carlo Cannucci at Fr. Gerry Westphal's 25th ordination anniversary dinner at a hotel in Laval and we decided to meet again over lunch. We then reached out to a few other classmates and by 2009 we had our first "reunion" informally at Saint Luke Parish where I resided and served at the time. From there we formed a team and planned and carried out our "50th Anniversary Reunion" Saturday, May 28th, 2016.

2020 - A year not to be soon forgotten - The SARS-CoV2 virus which causes Covid-19 infection and disease erupted in China in late November and the first case of infection was recorded in Québec February 27. March 11 the WHO of the U.N. declared Covid-19 a worldwide Pandemic, and a general shutdown began in Québec on March 13th. Governments launched financial aid programs as people were laid off and businesses struggled to survive. Our Diocese laid people off in early April as churches were also shut down. After careful planning by the Diocese in sync with public health measures, our churches began to reopen at the beginning of July to a maximum of 50, which was then increased to 250 only to be reduced to 25 as a "second wave" of infections swept parts of Québec. We are still in the thick of these restrictions now as we approach Advent and then Christmas.

NEW EMAIL ADDRESSES and NEW BLOGGER PAGES - This "down time" gave me time and opportunity to review my "digital tools" and realize I needed to make some changes. I formulated new email addresses so as to phase out email addresses from the domain name paxcaritas.net. I also took steps to migrate my original website to Blogger, which requires less labor and no cost. The original website fathergilles.net has been developed and maintained using MS Frontpage 2003, which is by now a really dated software and is fairly labor intensive to maintain and update. Blogger is actually fun to develop and maintain; so we'll see how it goes. I launched these new Blogger pages September 8, 2020 and continue to develop them. This post is a way to time stamp these various developments.

Here we are in Advent week 1, Tuesday night. Check out this amazing family movie about ordinary people going through hard times and yet sh... 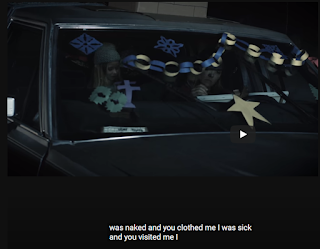 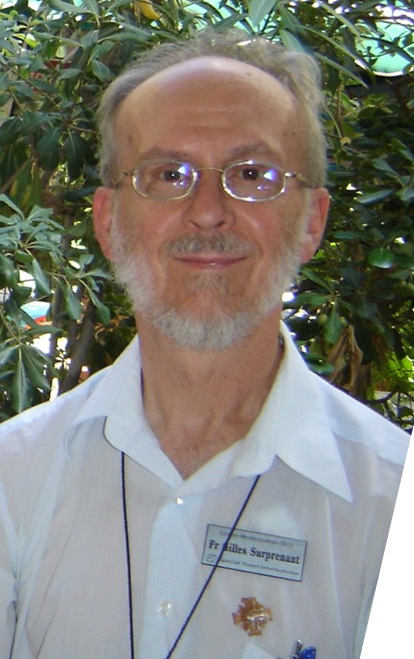